World Soil Day (WSD) is held annually on 5 December as a means to focus attention on the importance of healthy soil and advocating for the sustainable management of soil resources.

An international day to celebrate Soil was recommended by the International Union of Soil Sciences (IUSS) in 2002. Under the leadership of the Kingdom of Thailand and within the framework of the Global Soil Partnership, FAO has supported the formal establishment of WSD as a global awareness raising platform. The FAO Conference unanimously endorsed World Soil Day  in June 2013 and requested its official adoption at the 68th UN General Assembly. In December 2013 the UN General Assembly responded by designating 5 December 2014 as the first official World Soil Day.

The date of 5 December for WSD was chosen because it corresponds with the official birthday of H.M. King Bhumibol Adulyadej, the King of Thailand, who officially sanctioned the event.

In 2016 this day was officially recognized in memory and with respect for this beloved monarch who passed away in October 2016 after seven decades as head of state.

The soil beneath our feet is a microscopic world of organisms, minerals, and organic matter that supply humans and animals with food through plant growth. Just like us, soils need balanced and varied input of nutrient in appropriate quantities to be healthy. But nutrient deficient soils produce nutrient deficient plants, causing hidden hunger for more than 2 billion people worldwide.

This year’s World Soil Day (WSD) will focus on the importance of soils for nutrition while serving as a call to action.

How can you join the movement and raise the voice of this silent ally?

·        REGISTER to the WSD official celebration

·        TEAM UP with designers and educators and submit your “Soils: where food begins” booklet

The video aims to raise awareness on the risks associated with soil nutrient imbalance and soil fertility loss while highlighting the role of soil fertility in producing sufficient, safe, and more nourishing food for healthier plants, animals, and people. 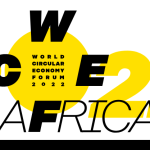 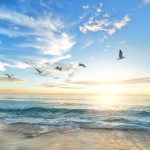 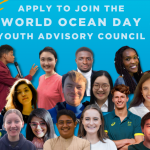