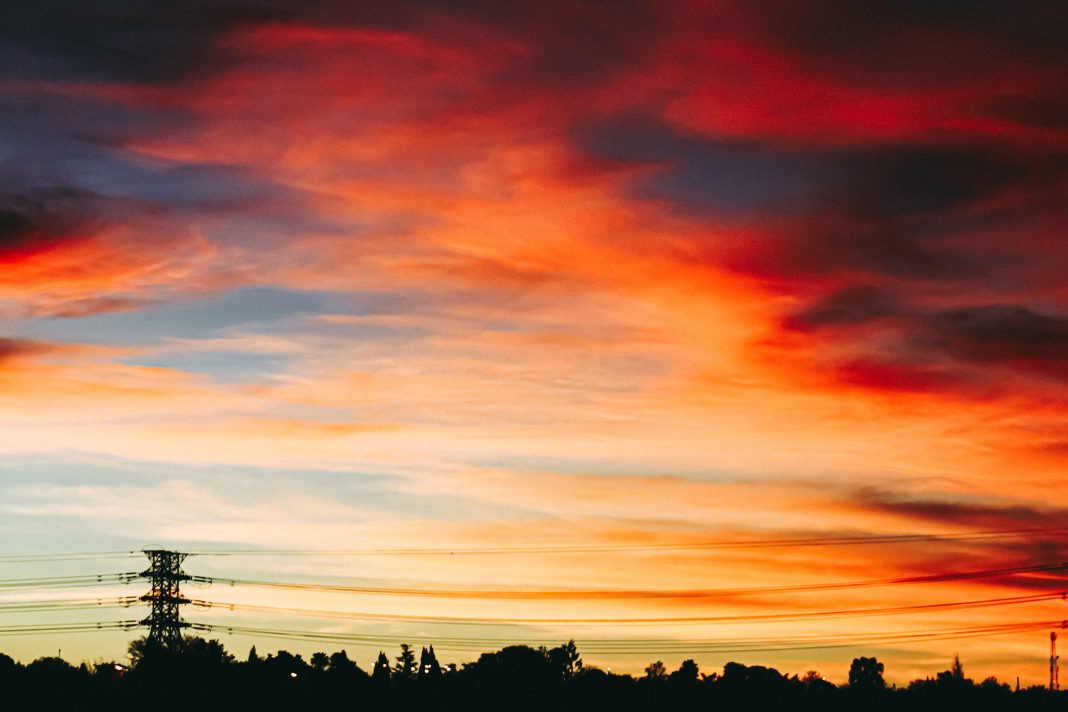 Described as the ‘African COP’, the recently concluded COP27 held in Egypt’s Sharm el Sheikh region (6 – 18 November) was set to shine a spotlight on Africa’s role in the energy transition. Africa finds itself in a unique position when it comes to the climate crisis. Despite being responsible for only three to seven percent of global greenhouse gas emissions (estimates vary), Africa is likely to be at the forefront of the extreme weather consequences. Africa’s susceptibility to the impacts of climate change will herald significant challenges in the coming years, in both human and economic terms. With agriculture accounting for some 23 percent of total GDP in sub-Saharan Africa, both increasing water scarcity and unpredictable flooding, for instance, will destabilise agricultural markets, and negatively affect economic growth. Now, is it Africa’s Time To Shine?

At the same time, the continent’s energy needs are growing. Sub-Saharan Africa’s population is expected to reach 2.2 billion by  2050 and with only 67 percent of the population with access to electricity currently – or rather 600 million people without, governments will need to produce more energy more quickly. With this top of mind, the governments of Democratic Republic of Congo, Ghana, Kenya, Nigeria and others under the Kigali Communique and Gas Exporting Countries Forum (GECF) are eager to bring gas under the umbrella of transition fuels, committing to replacing this with renewables in the longer term. African countries sitting on major oil and gas reserves, including Nigeria (206.53 tfc), Senegal (120 tfc), Mozambique (100 tcf), Tanzania (57.54 tfc) and others, are seeking to leverage the price boom and lure investors.

Yet, with institutions such as the International Energy Agency (IEA) cautioning investors against funding new oil, gas and coal supply projects in the weeks leading up to the conference, and climate activists hopeful that conference stakeholders would take a hard stance on the continent’s gas ambitions, the conference was going to offer little in the way of concrete solutions. Furthermore, the developed world’s renewed commitments to the USD 100 billion earmarked to help the developing world in its transition and to adapt to the impact of extreme climates did little to reduce growing mistrust that developed countries will pay their fair share, having failed to meet these targets thus far.

But beyond the challenges in securing the financing to support the transition, how feasible is an energy transition in Africa, really?

Despite the urgency to address both the impacts and drivers of climate change on the continent, most African countries are positioned differently to those in the global north to shift to renewable or transition energy production. There are various challenges that relate to energy production, distribution, and access, which will only be exacerbated by the dual impact of a growing population and increased industrialisation. And crucially, the percentage of the population in sub-Saharan Africa currently with access to electricity is the lowest of any developing region.

The continent has several options available to steer away from heavily polluting coal or oil, but much like investments into the traditional energy sector, there are limitations, not least concerns over adequate infrastructure, political will, and the upfront investment required to get the transition right.

Solar. In many parts of the continent, sunlight is in ample supply. A recent report (http://bit.ly/3tJNDfO) estimates that Africa has 60 percent of the best solar resources globally, yet only a tiny proportion of this capacity is currently being tapped: the entire continent’s installed solar capacity is estimated to be half that of the UK (http://bit.ly/3ENRwqe). Compared to other renewables, solar is relatively easy to install even in remote locations, and small-scale solutions can provide off-grid power both at the individual household or community levels. While pay-as-you-go or power purchase agreement models for solar are being introduced across the continent to get around the relatively high upfront costs of installation, solar cannot offer a complete solution. For one, photovoltaic panels rely on sunshine to operate, meaning they have a much smaller capacity factor (http://bit.ly/3Asz8k7)  than other power generation methods that offer more consistent output. And second, while the technology is constantly developing and getting more efficient, solar requires large areas for installation, capital investment and remains reliant on increasingly in-demand battery minerals.

Gas. Ghana’s deputy minister of oil, Mohammed Amin Adam, recently spoke (http://bit.ly/3AwBA9m) about the need for gas to be part of Africa’s transition from more carbon intensive fuels such as coal, lest it risk falling victim to  “the transition curse” of revenue losses. He further warned of a more cautious investment approach to hydrocarbon exploitation. The International Energy Agency’s Africa Energy Outlook 2022 (https://bit.ly/3tJNDfO) report estimates there are some 5,000 billion cubic meters of discovered but untapped natural gas resources on the continent. The emissions impact of using these reserves would be minimal to the global greenhouse gas total, but there is some debate (http://bit.ly/3V0RykA) as to whether gas presents a more attractive long-term investment than renewables, particularly given the infrastructural challenges inherent in expanding the user base of gas in more rural areas.

Nuclear. Currently only one African country, South Africa, produces nuclear power commercially. There is no shortage of uranium on the continent, with Namibia and Niger among the top six global uranium producers (http://bit.ly/3UUeUYW). Several African countries, including Algeria, Ghana, Morocco and Nigeria host operational research reactors, and are planning the commissioning of commercial plants over the coming decade. But while nuclear plants offer a cleaner alternative to hydrocarbon power production, they are expensive, and particularly in politically less stable economies the investment risks for projects are high. Once brought online, nuclear power requires steady maintenance from skilled technicians over long lifespans, which again increases the costs of delivering nuclear power safely. Here, small modular reactors (SMRs) (http://bit.ly/3AvJOPb), at about a third of the size of the typical plants currently in use in most places may offer a viable alternative. SMRs are safer to operate and use substantially less water – a particularly attractive feature in arid climes.

According to the Organisation for Economic Co-operation and Development (OECD), state-owned enterprises (SOEs) in the energy sector worldwide are involved in over 50 percent of global existing and planned fossil-fired power generation. Often holding a monopoly over a country’s power generation and transmission, these entities are critical in leading Africa’s transition. Yet, public utility companies including South Africa’s Eskom, the DRC’s Société Nationale d’Électricité, as well as the Tanzania Electric Supply Company to name a few, have become severely hampered by aging infrastructure, mismanagement, corruption, and debt. And despite government promises of change, private investors in the renewable sector have been hesitant to embed with power SOEs. This caution is warranted, as overestimating the political will and avenues for change could prove foul in a political context where the regulatory landscape is complex, private-public partnerships (PPPs) are challenging and community expectations for power delivery are high. Local partners play a key part in navigating this space making getting into bed with the wrong stakeholders a key risk, particularly amid weak governance.

These challenges are likely to be only aggravated by the more severe climate consequences for Africa.

In addition to the direct consequences of a warming planet and more unpredictable weather patterns, climate change also acts as a “conflict threat multiplier”. Competition over increasingly scarce resources such as water or arable land, both of which are potentially threatened by climate change, is already contributing to (http://bit.ly/3AxuXnd) a range of conflicts on the continent. The war in the Tigray region of Ethiopia, the proliferation of terrorist groups in countries around Lake Chad, and conflict across Sahel have all been linked (http://bit.ly/3TRAtb5) to changes in their respective environments driven by climate change.  Studies have shown (http://bit.ly/3TSw3kr) that conflict risk increases by 10 to 20 percent with each 0.5°C of global warming. The consequences of climate change on communities are exacerbated where governance, poor infrastructure and services and socio-economic challenges already exist. While the effect is not universal, Africa’s disproportionate vulnerability to the effects of climate change means there is an acute need for sustainable and unique remedies to its energy needs.

Navigating Africa’s energy transition, be it for those directly involved or operators keen to build the resilience of their businesses that plug into the energy picture, will now more than ever require an innate understanding of the interplay between the commercial, the political and the social. But, with the needs great, the opportunities for investing in an inevitable transition are ample.

Distributed by APO Group on behalf of S-RM. 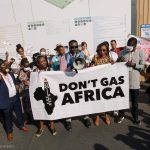 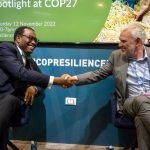 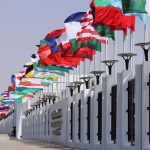