Secretary General Fatma Samoura celebrated IWD2022 at Expo 2020; She detailed the growing number of women in leading positions globally; The audience also heard how next year’s FIFA Women’s World Cup could break records again with the advancement in women football.

FIFA’s Secretary General Fatma Samoura brought women’s football centre stage, as she discussed FIFA’s work to Break the Bias and elevate the female game, as part of an event to celebrate International Women’s Day 2022 at the Women’s Pavilion of Expo 2020 in Dubai.

Addressing an audience made up of delegates from around the world, the Secretary General was among speakers from the arts, media and popular culture who gathered at the high-level forum, organized in conjunction with Cartier, to discuss Redefining the Future for Women, Breaking Barriers in the Workplace, Unstereotyping Women in Popular Culture, Levelling the Sports Playing Field and Next Generation of ChangeMakeHers.

Central to Fatma Samoura’s discussion with the moderator, Regional Spokesperson for UN Migration and journalist Yvonne Ndege, was her excitement about the upcoming FIFA Women’s World Cup, which reached a significant milestone of 500 days to go yesterday, 7 March.

Speaking to the Breaking the Bias audience on the inclusive steps taken towards breaking the bias to involve more women in football, Fatma Samoura said: “We are 47 per cent women at FIFA (employees); six women sit on the FIFA Council, the decision making body of FIFA; eight women lead football federations, in Africa, in Europe, and in New Zealand; and more than forty women sit on FIFA’s various commissions.

“Before my appointment I think there were zero positions for women in senior management. Today I’m glad to see, and to say that we have three powerful women sitting on the management board of FIFA…meaning that my example is not an isolated case. It has certainly motivated the leaders of football and other sports to realise that it’s not only good to have women in football but it’s the right thing to do.”

“An expanded 32 teams will be playing, meaning the small countries (that have never qualified before, such as Vietnam and Philippines already) will have the possibility to play with the big countries…the so-called ‘superpowers’ of women’s football. More money will be generated by this World Cup and I am definitely sure we will break the record in terms of viewers and attendance, once again.” 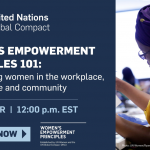 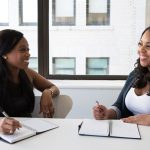 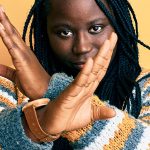