Sierra Leone has one the highest FGM prevalence rates in Africa, with 83% of women and girls aged between 15 and 49 years having undergone the procedure

Following yet another tragic death in Sierra Leone due to female genital mutilation (FGM), women’s rights organizations across the country and around the world have come together to co-sign an open letter calling on the Government of Sierra Leone to criminalize FGM and protect women and girls from this harmful practice.

On 20 December 2021, 21-year-old Maseray Sei (https://bit.ly/3IX38q6) died from acute bleeding and shock a day after being subjected to FGM, and this was confirmed by the post-mortem carried out on 14 January. A few days following Maseray’s death, in a different region, a 15-year-old girl was admitted to hospital for urgent treatment after suffering serious complications due to FGM.

Sadly, these are not isolated incidents in Sierra Leone. Many women and girls in recent years have died or experienced devastating harm as a result of FGM, and during the latest holiday period, there were widespread reports of hundreds of young women and girls being cut.

Sierra Leone has one the highest FGM prevalence rates in Africa, with 83% of women and girls aged between 15 and 49 years having undergone the procedure according to the 2019 Demographic Health Survey (https://bit.ly/3ITWNMl).

Internationally recognized as a gross human rights violation, FGM involves the partial or total removal of the external female genitalia or other injury to the female genital organs for non-medical reasons. It is a form of violence against women and girls, a manifestation of gender inequality and discrimination, and recognized by the United Nations as a form of torture.

Short term complications arising from FGM include hemorrhaging; infections; severe pain; urine retention and other urinary tract problems; and psychological trauma. As with Maseray Sei and other victims, FGM can also result in death.

Despite the harm caused by FGM, the Government of Sierra Leone has failed to criminalize this harmful practice. The country’s penal code does not specifically prohibit FGM, and there have been no known prosecutions relating to FGM. Furthermore, gender discrimination in Sierra Leone means that existing laws that are meant to uphold the rights of women and girls are not being effectively implemented to protect against FGM or punish perpetrators.

The failure to criminalize FGM has been further aggravated by a widespread lack of political will to end this harmful practice and the failure by the State to explicitly condemn FGM.

Following the deaths from FGM of 19-year-old Fatmata Turay (https://reut.rs/35tXe1l) in 2016, 10-year-old Marie Kamara (https://bit.ly/3ofL0QJ),  and now Maseray’s death, organizations in Sierra Leone campaigning against FGM wrote each time to the President and Attorney General in office but never received a reply. This silence is deafening.

Of particular concern is how various politicians seeking election have made political pronouncements in support of FGM, with some even offering to pay for women and girls to be cut.

The signatories of this open letter call on the Government of Sierra Leone, H.E. President Julius Maada Bio, and Attorney General Mohamed Lamin Tarawalley Esq. to urgently enact a law that explicitly bans FGM for all ages, puts in place adequate measures to protect against and eliminate FGM and gives survivors and the families of victims a means to access justice.

We strongly condemn the actions of politicians who are supporting FGM. We also commend the politicians and other duty bearers who have spoken out and taken action against this harmful practice, and we call on others to join them.

We ask the State to prosecute all offenders putting the lives of women and girls at risk. This includes a comprehensive and swift police investigation and prosecution of all those responsible for the death of Maseray Sei. It is vital that justice is served in this case, and is seen to be served so that it can deter others from committing FGM.

A law explicitly banning FGM in Sierra Leone would make it clear to its citizens that FGM is a human rights violation and a form of gender-based violence. It would define the government’s obligations in providing protection to women and girls, demonstrate political will and intent, and communicate that the State is ready to take action.

A law against FGM would empower women and girls to recognize and assert their human rights and to seek and receive protection when vulnerable. For those whose rights have been violated, a law would provide legal recourse within the criminal justice system, and create tools to hold perpetrators to account. It would also act as an important deterrent to would-be offenders.

Having a legal framework which states female genital mutilation is unacceptable and unlawful is a vital component of promoting the social and behavioral change needed to encourage people at the community level to abandon the practice.

To ensure the full implementation of the law, a Multi-Sectoral Approach (MSA) should be applied which brings together state and non-state actors working in collaboration. Authorities need to deliver adequate funding to grassroots organizations and other stakeholders, and legislation should be accompanied by community engagement, awareness raising about the dangers of female genital mutilation, and empowerment of women and girls.

As part of achieving the Sustainable Development Goals, all countries – including Sierra Leone – are duty-bound to measure the extent to which female genital mutilation occurs amongst their population. It is vital that information is gathered and made publicly available. Such data is invaluable in efforts to end female genital mutilation because it makes clear the need for action, and provides a baseline from which the scale up and effectiveness of interventions to end it can be measured.

Importantly, by criminalizing female genital mutilation, Sierra Leone’s government would be meeting their committments to the African Union’s Protocol on the Rights of Women in Africa (the Maputo Protocol) and to the UN Convention on the Elimination Discrimination against Women (CEDAW).

We, the undersigned, call on the Government of Sierra Leone to honor its national, regional, and international human rights obligations and finally fulfill its duty of care in protecting girls and women from female genital mutilation. 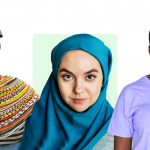 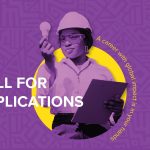 Call for Applications: 2nd Cohort of the AfYWL Fellowship Programme 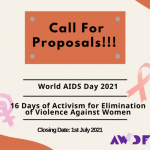