Who changed the climate?

Dennis Ekwerehttp://www.cyplp.net.ng
Dennis is a problem solver, Focal Person of voluntary movement in Nigeria- "Children and Young People Living for Peace (CYPLP). He's a social media influencer and blogger, social entrepreneur, human rights defender working for the good of most marginalized children and women in poor and hard to reach communities in Nigeria and across Africa. He works by providing wealth of homegrown informal solutions to most pressing and burning social challenges at local to global developmental space in Nigeria and Africa. His edge is on deeper insight of translating the SDGs from global to local concrete realities. Dennis is gifted in raising and mobilizing African resources for development work that will lead to social revolution of Africa we want.

In Nigeria, there are more people that don’t really understand what climate change is. Much more people have never heard about climate change. These people are in rural areas where electronic communication is inaccessible. Most of them are farmers and attribute drought to “THE ANGER OF GODS”.

Having that on, every one in any community has rights to life according to the universal declaration of human rights article 2. The declaration came as a result of atrocities perpetrated against minorities and independent-minded individuals before and during the World War II which triggered shock and horror across the world. So when the war ended, the victorious nations met to adopt measures intended to prevent a repetition of those murderous acts and to forward peace. The result of that meeting was the founding of United Nations in 1945.

But taking a closer look on article 2 of the universal declarations of human rights, rights to life are ours. So when your right to life is threatened, for in instance as it is today via climate change, who shall we question? You question yourself.  When you drop leather or water proof to soil or any other that you know will not dissolve in the soil, you hurt the soil-earth.  Secondly, have you wondered why our climate is changing so fast? Ask again, why it seems as the stronger nations seem to be against the weak, whereas not, to my mind? And I will show you a documentary of First World War to the second; then you will only realize that we do not need third. Unfortunately, the third is loading in the climate. It is coming as result of human negligence to nature.  Why is nature earth angry? To the extent that it has sent us a “global warning”?  And we mistook it to be “global warming”? Even at that, haven’t we taken the warning unserious?

Ok, come to think of it, what do we mean by global warming? It is simply put; negligence of responsibility by us to nature earth.  As I can remember, last time I imagine if it rich industrial nations that warmed the earth from gas flaring, pollution etc at the disadvantage of poor nations, and I did get my self an answer. I also imagine if poor nations can do something to save the earth for all? And I answered myself, yes.  Are you aware that poor nations will and are the worst hit by global warming? Am asking you? Sadly, these uniformed nations are mostly in Africa and are yet to realize and act. Could this be out of ignorance which is never an excuse to nature? I don’t think so. But I foresee that if poor nations don’t take climate change serious now and start to act, it will rather be too late for us by the time the earth reacts!

Its our collective duty to voice and advice our nation to wake up and take led in addressing global warming issues. We can no longer wait for rich nations to come and solve this challenge for us, as they may not come and or may come when it is very late.

Please take a minute and ponder on it. Then act locally and think globally.  All over the world, the web of life is being torn apart. From deforestation, to increased pollution of water and air, loss of wildlife, are all visible examples. But less visible is the increased in temperature caused by pollution. This problem which started small is leading to big changes and is changing the climate in most part of the world. Can’t you see more floods and severe storms, other places are having less rain and more drought. Meaning that the world climate has changed and soon, we will all go hungry and sick if we do nothing about it now. The greatest challenge is that climate change breeds hunger and deepens poverty; revolve and recycle sicknesses even out of animal migration like lasser fever amongst others.

Climate change affects agriculture.  We worsen it when we started depending on the use of chemicals as fertilizers to grow food yields, whereas fertilizers and other chemicals keep hurting nature earth as we plant on it. Why do we keep promoting fossil fuel –oil and coal? Is it just because we are making monies- out –of- it, to- die- out- of- it- from- illness? The amount of pollution released into the environment through fossil fuel became faster and quicker to the elasticity of our environment. This was done by the developed nations in pursuit of higher commercial profits and higher standard of living. Then the poor minority nations and independent minded individuals started following the same unsustainable paths towards development. And here we are.

Interestingly, rich and developed nations have realized that the earth has reacted and changed, that something needs to be done quickly. They started shouting, talking and reasoning to themselves, while poor nations are waiting, watching and sleeping. We need to wake up and save the earth. Of it all, we have no balance rationale to tag what is happening to the earth as “Climate-Change”. As the tag description makes us feel lazy playing the ostrich, as if climate has not already changed.  Shouldn’t we rather be talking about it as “Climate-Changed” given our mentality? So we can be proactive than reactive to save the earth.  We all changed the climate; we all need to protect our climate now. 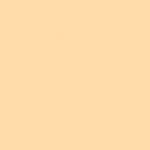 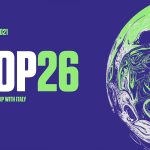 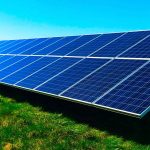