Ockenden International believes that all refugees and displaced people have a right to live with dignity and to be supported in seeking to achieve self-reliance. We recognise that self-reliance can be promoted in many different ways and we seek to make our support similarly flexible. Ockenden’s resources are deployed in two key ways:

The deadline for entering the 2022 Ockenden International Prizes, to be launched on September 1, 2021, is midnight (GMT) on Tuesday the 30th of November 2021. The winners will be announced by the 31st of March 2022.

The four winning organisations will each receive GBP25,000.

Ockenden International is looking for projects, activities and/or programmes (each ‘a project’) which promote self-reliance among refugees and/or displaced people.  You can enter a project run by your organisation or you can nominate a project managed by a non-profit partner or affiliated organisation.  In these Entry Rules, ‘the organisation’ refers to the organisation which manages the project.

Further details on the prize, the entry rules and application form 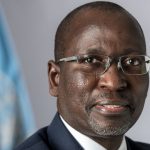 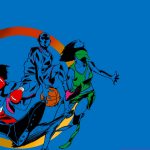